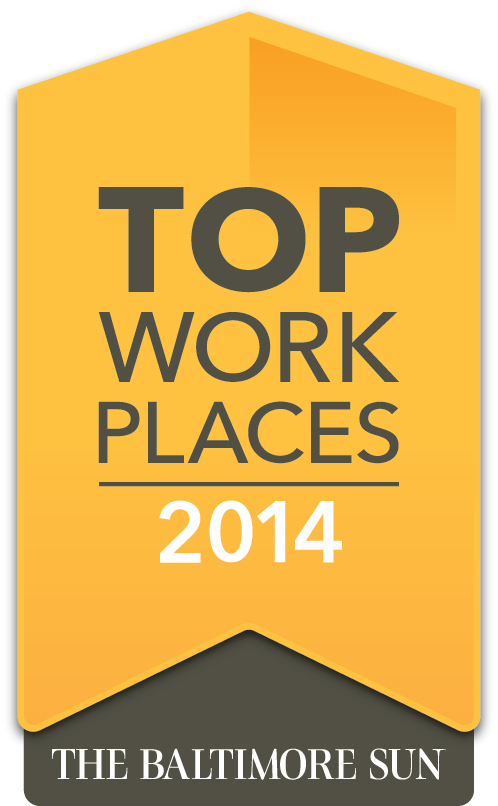 Aerotek® Inc., a leading provider of recruiting and staffing services, today announced that it was named as one of the 100 Top Workplaces in Baltimore for 2014 by the Baltimore Sun. Aerotek placed 4th in the Top Large Employers category. This is the second consecutive year that Aerotek has been named to the list, placing 8th among Top Large Employers in 2013. The annual awards program recognizes the top companies based on a workplace satisfaction survey.

“We are committed to the core values and guiding principles that started this company and we are building infrastructure to support our growth, providing a ton of opportunity for those who want it,” said one survey respondent.

Aerotek operates more than 200 offices throughout the U.S., Canada and Europe, including three staffing offices in the Baltimore region. With staffing offices located in White Marsh and Elkridge, and corportate headquarters in Hanover, Aerotek employs more than 585 internal employees in the Baltimore region. For more information about Aerotek, visit AerotekCareers.com or call 1-888-AEROTEK to be routed to the closest Aerotek office.

About Aerotek
Aerotek, headquartered in Hanover, Md., is a leading provider of technical, professional and industrial staffing services. Established in 1983, Aerotek is an operating company of Allegis Group, the largest provider of staffing services in the U.S. Aerotek operates a network of more than 200 non-franchised offices throughout the U.S., Canada and Europe. For more information, visit Aerotek.com.