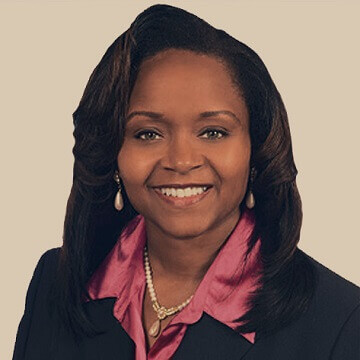 In celebration of National Staffing Employee Week, Aerotek is proud to present one of our top all-stars, Tamara Taylor. Like most, Tamara’s career path weaves through various experiences, all of which have made her the person that she is today. She chose engineering because of her love of math and her mother’s encouragement early in life, “My mother was very smart. She told me … that engineering was a career where, if you studied and applied yourself, you could always make a very good living.” Tamara graduated with a B.S. in mechanical engineering technology and then proceeded to get a two-year divinity degree.

New opportunities and dealing with adversity

The early 2000s yielded few engineering opportunities, so Tamara shifted her focus to teaching math at a local charter school. It was at this time that an Aerotek recruiter stumbled upon Tamara’s resume online, and reached out to see if Tamara had any interest in an engineering position with a major automotive manufacturer. The chance to work in her field was irresistible, and she took the job. When her department announced a mass layoff, she was shocked. However, her Aerotek recruiter immediately joined her at her office, gave her a pep talk and helped her box up her personal belongings. Then, as she says, “Before a tear had a chance to hit the ground,” he set her up on two different interviews, both of which resulted in job offers.

Her next position was with an automotive parts manufacturing company, as a materials cost savings engineer. At that company, she impressed the company’s executives by her accomplishments and her ability to take initiative during customer visits and with cost savings. Less than a year into her assignment, the company asked her to join the company permanently.

Three years later, Tamara was again part of another mass layoff, as a result of the inaction of the North American Free Trade Agreement (NAFTA). However, as part of a program to mitigate the negative effects of NAFTA on American employees, the government offered to pay for her graduate school. She took the opportunity to pursue her master’s degree in Educational/Instructional Technology, graduating in just a year with a 4.0 average, eight months pregnant with her twin sons.

That fall, Tamara was teaching math as an adjunct professor at Baker College, when she reconnected with Aerotek Account Manager, Darren Simpson. He wanted to know if she was interested in an engineering position at Fiat Chrysler Automobiles (FCA), as a prototype build engineer.

On her work at FCA, Tamara said, “I support the team that builds prototypes used in product testing. Over time I began training other engineers and teams on the process. The way I see it, the work we do makes the vehicles you drive safer. It’s important work, I think it’s actually life-saving work. I love being able to guide and mentor new team players on performing at their best. I try to train team members the way that my high school geometry teacher taught and inspire me. I do my best to break the information down and to make it interesting. They watch me do it, and it helps give them the confidence to know they can do it too.” In late August of 2016, Tamara was converted to a full-time employee at FCA.

In 2015, Tamara was presented with the Rising Star Award at the Women of Color (WOC) in STEM conference for her success and leadership in her position with FCA. She believes that her experience is one that other young women of color in STEM careers could use to their advantage, too. “I think that it’s really important to use [your] uniqueness to your advantage,” she says. “You already stand out so use this quality as a tool to your success.” In looking to further inspire the next generation of women in STEM, “I … encourage them to work hard and be their best as they are working in their STEM career, understanding that they are blazing a trail for young women to follow.” She adds, “Represent us well. Make us look good!”

Tamara credits contract work in guiding her through her impressive career. The opportunities provided by Aerotek helped her by introducing her to different companies and allowing her to present herself and her strong work ethic, while also learning the company culture and other unspoken norms needed to succeed in as an engineer.

Tamara’s success is due in part to her continuously positive attitude — greeting every situation as an opportunity to learn and grow. She maintains a distinct ability to maximize her professional experiences, both as a contract and direct-hire employee. Her determination to succeed in any circumstance is what makes her one of Aerotek’s All-Stars. The path to success isn’t always a straight line, but through each step and obstacle, Tamara’s steadfast optimism and strong ethic saw her through to success. Whether it be as a mother to three young children, a wife, an educator, an ordained minister or a barrier-breaking WOC in STEM, Tamara is a true standout.