Tom began his career with Aerotek in 1994 in the business operations group. After a series of promotions, Tom served as the director of financial operations. In this role, Tom was responsible for the top-line revenue and bottom-line contribution of each region to the organization. Tom was later promoted to vice president of client delivery, supporting the growth and account management for some of the world's largest brands.

Believing organizational success occurs when leaders take care of their team, Tom employs a people-first strategy. He is passionate about helping people identify the role where their passions and talent meet. A versatile leader, Stacey has more than 20 years of diverse industry experience and has held both operational and corporate leadership roles. She started at Aerotek’s sister company in 1998 and has worked in various operational and financial leadership roles, including 10 years overseeing financial performance and strategy for Aerotek’s largest customers. In her most recent position as Vice President of Strategic Delivery, Stacey led Aerotek’s centralized delivery operations and developed new solutions to help customers meet complex human capital challenges.

As CFO, Stacey wants to advance the innovative and agile solutions Aerotek offers to clients and contractors, allowing both to achieve their goals and objectives.

Stacey is passionate about developing others. She serves on the executive board of Junior Achievement of Central Maryland, an organization that prepares young people obtain economic success, and has mentored numerous emerging leaders at Aerotek. The Staffing Industry Association has twice recognized Stacey on its Global Power 150 — Women in Staffing list. This prestigious list recognizes staffing leaders across the globe who have helped their company succeed while employing a people-focused approach, building strong teams, and creating positive and inclusive cultures. 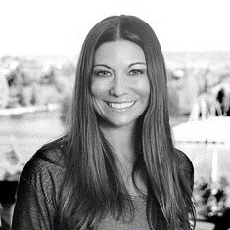 Sara Staggs is the Vice President of Strategic Operations for Aerotek. She joined Aerotek in 1998 as a recruiter in the Seattle, Washington office.
See More

Sara Staggs is the Vice President of Strategic Operations for Aerotek. She joined Aerotek in 1998 as a recruiter in the Seattle, Washington office.

Sara stepped into her current role as the Vice President of Strategic Operations for Aerotek in January 2020. In this new role, Sara is responsible for developing and fulfilling business strategy for Aerotek. She partners closely with executive leadership and leads a team in relentless pursuit of improved operational capabilities, commitment to innovation, proactive awareness of emerging technologies and execution of strategic delivery solutions

Tony Bartolucci is the Regional Vice President of the West region at Aerotek.
See More

Tony Bartolucci is the Regional Vice President of the West region at Aerotek.

In this role, Tony manages the operations, sales and strategic direction of opportunities and offices in Aerotek’s western region.

Tony joined Aerotek in 1995 as a technical recruiter in Los Angeles. He then moved into a sales position in Aerotek’s Orange County, California office, one of Aerotek’s largest offices in the U.S. Tony was later promoted to director of business operations in Orange County, where his team was the top performing office in the West region. In addition, Tony assisted in the expansion of Aerotek with the opening of two new offices in the Los Angeles area in 2002 and 2006.

Tony received Aerotek’s Regional Director of Year Award in both 2000 and 2004 for his performance and commitment to Aerotek, as well as the Significant Impact Award for the company in 2015. With more than 10 years of experience at Aerotek, Tony was promoted to Regional Vice President of the West region in 2008, and later joined Aston Carter in 2017. Tony is a graduate of the University of Redlands in Redlands, California.

Jeff Colvin is the Regional Vice President of the South region at Aerotek.
See More

Jeff Colvin is the Regional Vice President of the South region at Aerotek.

Jeff began his career at Aerotek in 1995 as a recruiter. He then moved into sales and was promoted to director of business operations in 1999, overseeing offices in Arizona. In 2003, Jeff moved into a national sales role, responsible for new business development and servicing large-scale national clients. After a year, Jeff returned to support the south region as director of business operations in 2004, where he grew the surrounding market and led a top performing team. In 2011, Jeff was named Director of Business Operations of the Year. With more than 17 years of experience at Aerotek, Jeff was promoted to his current position as Regional Vice President of the south region in 2020.

Jeff is a graduate of the University of Missouri where he received a B.S. in personal financial management. He is an active member of Vistage International, a peer advisory group offered to top executives. Jeff is also a diversity trainer, certified by Franklin Covey.

Kelly Martin is the Regional Vice President of the North region within Aerotek.
See More

Kelly Martin is the Regional Vice President of the North region within Aerotek.

Kelly has received multiple awards including the company’s Significant Impact Award for her performance and commitment to Aerotek. Kelly has also previously served on the Executive Advisory Board. Kelly is focused on mentorship and developing the next generation of leaders.

Luke Zauhar is the Regional Vice President of the Central region at Aerotek.
See More

Luke Zauhar is the Regional Vice President of the Central region at Aerotek.

In this role, Luke oversees the sales, operations and strategic direction of opportunities and offices within Aerotek’s central region.

Luke joined Aerotek in 2003 as a recruiter in Minnesota and was promoted to sales a year later. In 2010, he was promoted to director of business operations (DBO) for Southfield, Michigan, where he grew his operation nearly 400%. While a DBO in the Midwest, Luke opened two new Aerotek offices in Detroit and Ann Arbor. In 2012, Luke was asked to relocate to Phoenix as DBO of Aerotek’s Phoenix East office. While in Phoenix, Luke successfully split his operations three times and nearly tripled market share. In 2016, he was promoted to executive director of regional operations (EDRO) for Aerotek’s West region. Luke served the West as a top-producing EDRO and played a significant role in the region’s growth. He was promoted to Regional Vice President of Aerotek’s Midwest region in 2019 and at the start of 2020 stepped into his current role as the Regional Vice President of the Central region at Aerotek.

Throughout his career, Luke has built a strong legacy with four DBO promotions and recognition through numerous awards including DBO of the Year, Office of the Year and the Classic RVP Award. He has served as both a member and a chair for the Executive Advisory Board and the West Region Diversity & Inclusion Board.

Luke is a graduate of St. John’s University of Minnesota and holds a bachelor’s in business administration and communications. 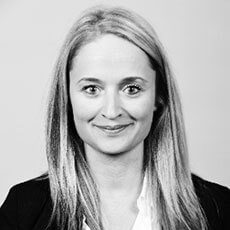 Maria Ketslakh is the Vice President of Aerotek, Canada.

In this role, Maria is responsible for overseeing the sales, operations and strategic direction of Aerotek’s Canadian operations. Her primary focus is on diversifying our current business portfolio by driving maximum effort while keeping our employee experience top of mind. 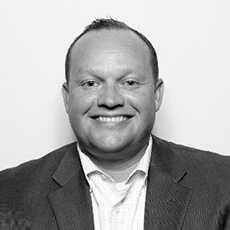 Bill Ruff is the Vice President for Aerotek’s Strategic Sales team. In this role, he oversees a team of directors and strategic executives responsible for winning, retaining, saturating and diversifying key Aerotek customers across sales verticals including Consumer & Industrial Products, Life Sciences, Government/Department of Defense, Energy & Construction, and Transportation.

Bill joined Aerotek in 1998 as a recruiter and has successfully progressed through various sales and leadership roles in the organization, including director of program services, director of vertical sales and executive director of strategic sales and operations. Thanks to his valued leadership and expertise working with some of Aerotek’s largest accounts, he was promoted to his current role as Vice President of Strategic Sales in 2020. With more than 20 years of experience with Aerotek, Bill has been recognized on numerous occasions for his commitment to excellence, high-performance and strategic acumen.

Passionate about supporting his community, Bill is an active participant in multiple charitable organizations and currently serves as the executive sponsor of Aerotek’s Veterans and First-Responders Employee Resource Group (ERG).