The labor shortage currently facing America is one caused by a confluence of factors. If you thought there was a silver bullet, you were wrong. The shortage persists due to both imminent threats including the COVID-19 “Delta variant,” and other issues that have been bubbling at the surface for some time – from baby boomers retiring to the skills gap.

As some employers look to short-term cures for their hiring woes, smart businesses will also consider long-term steps to prepare for the future of hiring.

The number of jobs companies are looking to fill remains as high as it’s been in recent history.

In August, the number of job openings decreased little from a series high of 10.9 million in July to 10.4 million, including a record of nearly 2 million openings in trade, transportation and utilities, according to the U.S. Department of Labor’s October Job Openings and Labor Turnover Survey (JOLTS). That’s more than 3 million more openings than August 2019, when the number sat at 7.2 million. The number of hires, on the other hand, has changed little from 5.9 million in August 2019 to 6.3 million in August 2021.

Many hoped the end of federal enhanced unemployment benefits would spark a recovery for the labor market, pushing would-be workers back to the job hunt. But as those benefits ended across the country, it became clear that wouldn’t be enough.

Indeed’s Hiring Lab reported on October 12 that “the vast majority” of active job seekers among nearly 5,000 people polled in mid-September wanted to start a job right away – but Indeed reported that group hasn’t significantly increased since it surveyed people in July. Meanwhile, “the share of out-of-work respondents who said they are actively looking for work is essentially unchanged since our first survey in late May and early June,” the report states.

“There was a lot of hopeful optimism,” explained Anthony Sanzone, director of strategic sales for Aerotek. “But every time we think we’re turning a corner, we’re facing the same challenges we have been.”

The realization that the labor shortage may be sticking around has led companies to reevaluate their approach to hiring. Short-term solutions to spark hiring including sign-on and attendance bonuses and temporary moves to quicken the onboarding process by waiving background and drug tests have helped in increments, but it has become more difficult to retain talent – companies are for the first time considering outside-of-the-box solutions.

“If you can’t find them, if you can’t recruit them,” Sanzone says, “how do we create them?”

A Shift in Thinking

More than 4 million Americans did not work Sept. 1 through Sept. 13 because they were “caring for children not in school or daycare," according to data from the U.S. Census Bureau’s Household Pulse Survey.

Meanwhile, a report from the Federal Reserve Bank of Kansas City found that retirement shot up between February 2020 to June 2021 by 1.3% — well above the usual 0.3% rise.

While full-time work may not be an option for some, part-time work may be appealing, explains Dan Stiles, director of strategic sales for Aerotek.

“In some industries like manufacturing where jobs require a higher level of training, this may not be a solution. But in other industries, getting 20 or 24 hours production is much better than getting zero hours of production,” Stiles said. “And it could open up the doors to a more diverse workforce, whether it’s the baby boomer generation or the military spouse who needs to be home for a portion of the day to watch their child.”

Another opportunity to widen the talent pool is looking to underrepresented populations, which could could also aid in efforts to grow diversity among the skilled trades.

Less than 3% each of electricians, plumbers and overall construction supervisors are female, and nearly nine out of 10 tradespeople believe making the trades more welcoming to women would have a modest or major impact on getting more people involved in the trades, according to Angi's second annual Skilled Trades in America Report. More than half of tradespeople, 54%, agree that more women would join the trades if there was a clearer career path for them.

Across the country, more companies are connecting with local training and pre-apprenticeship programs to tap new talent. The New York Times reports on some of those programs -- in Maryland, Louisiana, Alabama, Georgia and elsewhere – that are training people of color, women and former inmates for jobs in construction and other industries.

By reconsidering the stringency of some policies around scheduling and background checks, or looking for candidates in places you previously may not have – you may find candidates who would have never considered applying in the past, Stiles explains.

“Let's say you know you have 10 interested candidates in a job, and maybe two or three candidates don’t end up qualifying for employment. That’s not going to change the world,” explained Dan Stiles, director of strategic sales for Aerotek. “But how many candidates aren't even expressing interest because they believe those employers won’t consider them? That could be a more significant number of candidates companies aren’t seeing.” 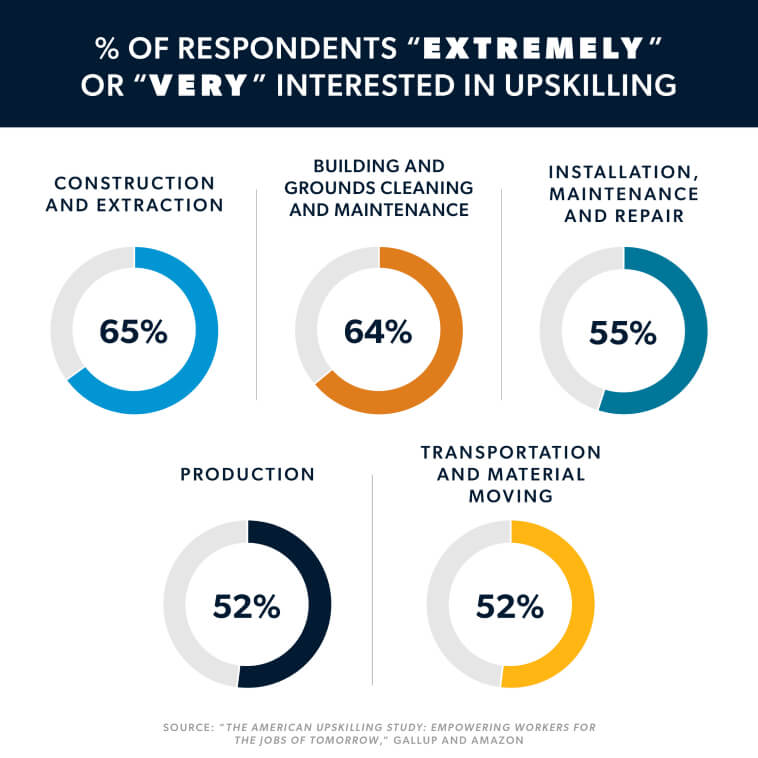